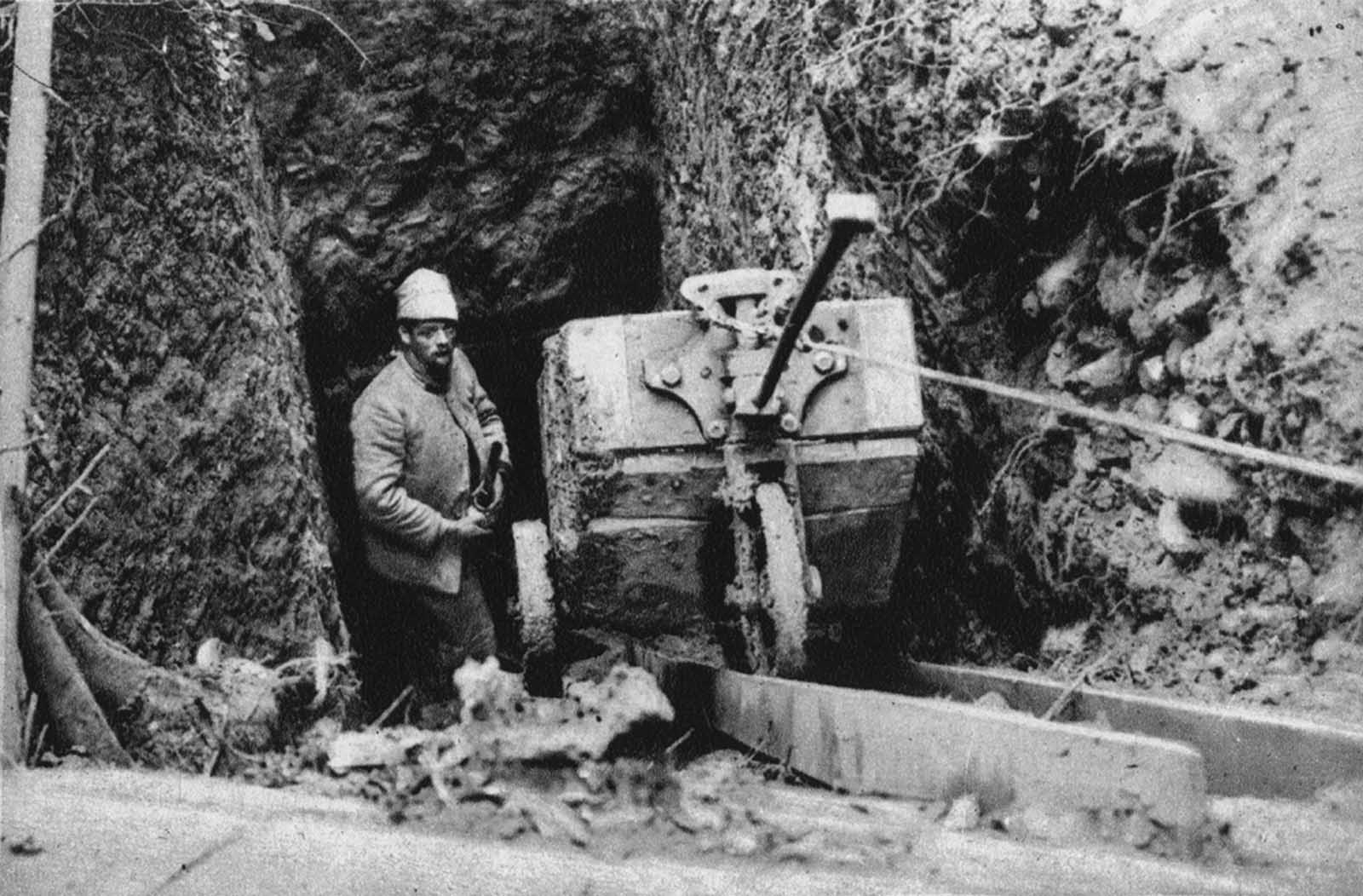 A mine tunnel is dug under the German lines on the Vosges front, on October 19, 1916. The sappers worked at a depth of about 17 meters, until they reached a spot below enemy positions, when large explosives would be placed and later detonated, destroying anything above.

More From: World War One