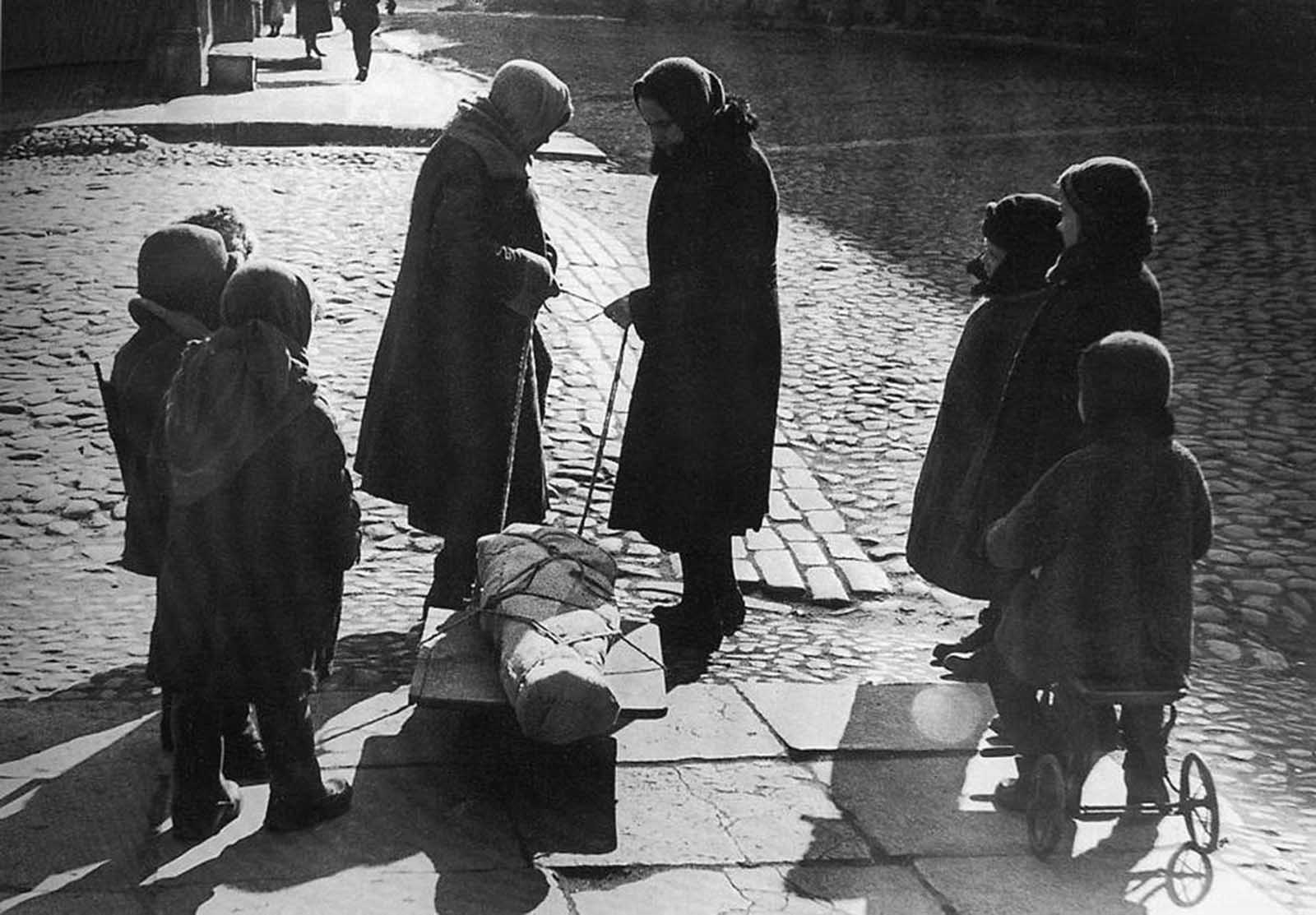 A farewell in Leningrad, in the spring of 1942. The German Siege of Leningrad caused widespread starvation among citizens, and lack of medical supplies and facilities made illnesses and injuries far more deadly. Some 1.5 million soldiers and civilians died in Leningrad during the siege – nearly the same number were evacuated, and many of them did not survive the trip due to starvation, illness, or bombing.