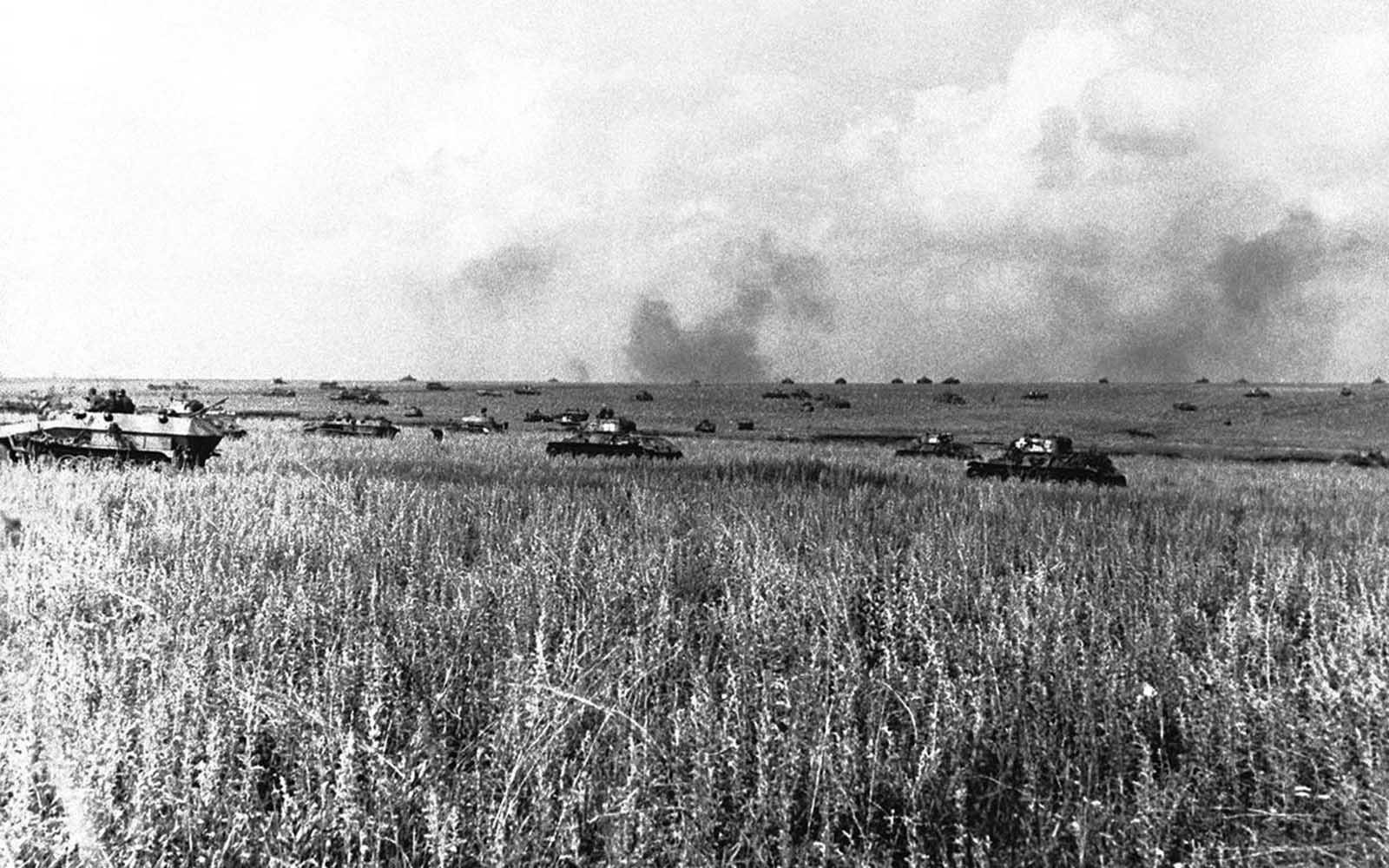 Huge numbers of German tanks concentrate for a new attack on Soviet fortifications on July 28, 1943, during the Battle of Kursk. After taking months to prepare for the offensive, German forces fell far short of their objectives – the Soviets, having been aware of their plans, had built massive defenses. After the German defeat at Kursk, the Red Army would effectively have the upper hand for the rest of the war.