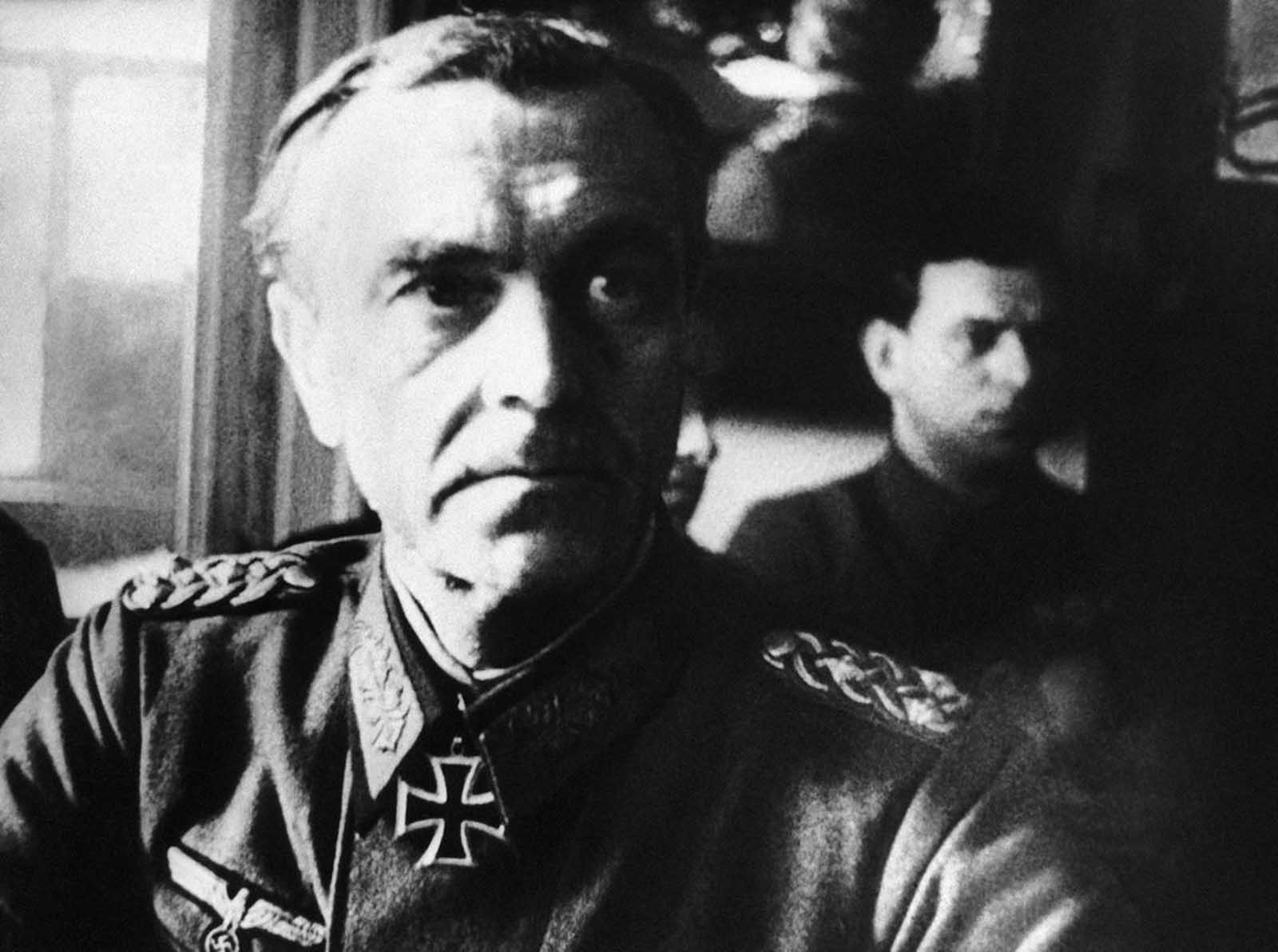 Germany’s Field Marshal Friedrich Paulus at Red Army Headquarters for interrogation at Stalingrad, Russia, on March 1, 1943. Paulus was the first German Field Marshal taken prisoner in the war, defying Hitler’s expectations that he fight until death (or take his own life in defeat). Paulus eventually became a vocal critic of the Nazi regime while in Soviet captivity, and later acted as a witness for the prosecution at the Nuremberg trials.