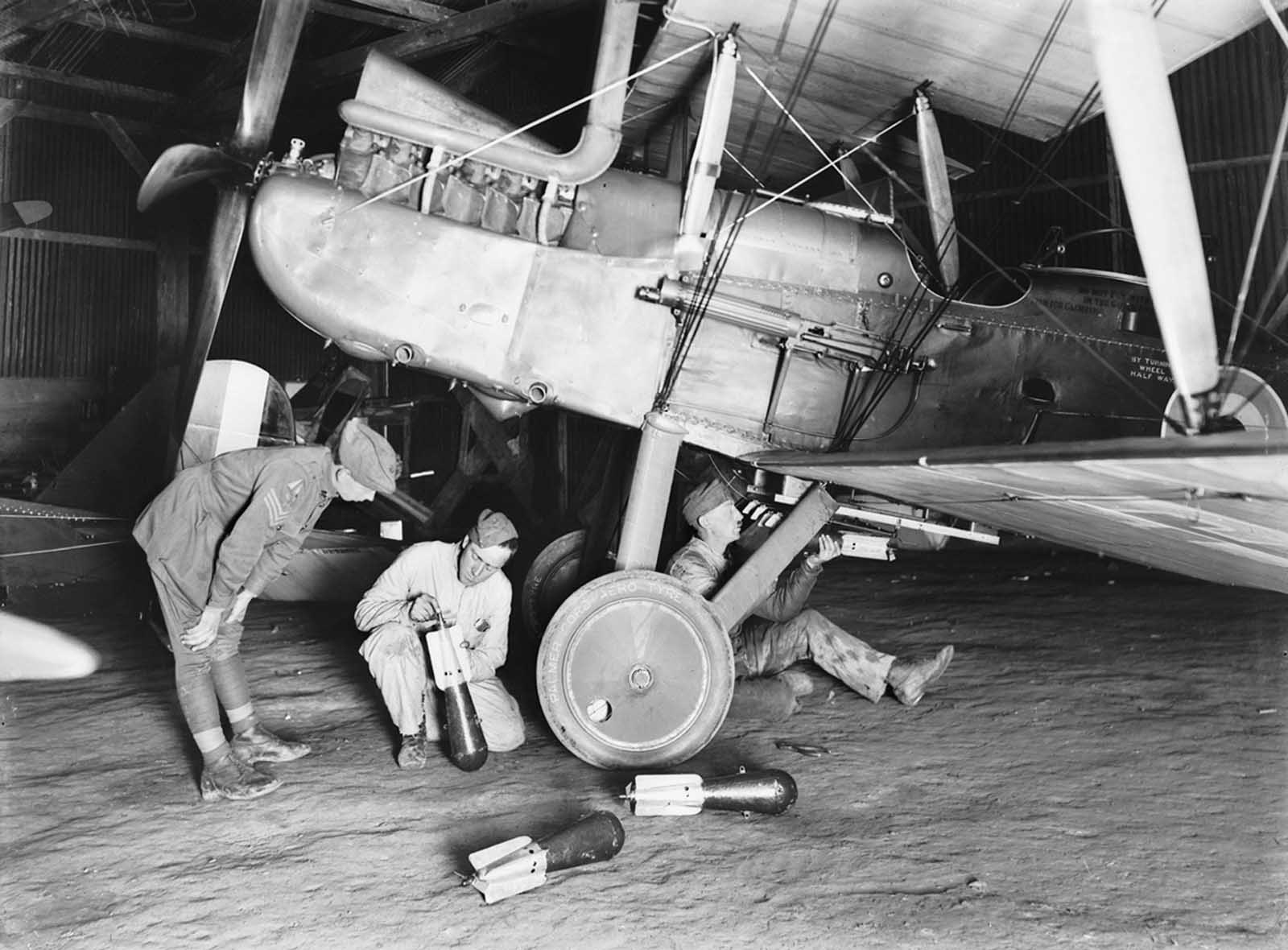 An unidentified member of the 69th Australian Squadron, later designated No. 3 Australian Flying Corps, fixes incendiary bombs to an R.E.8 aircraft at the AFC airfield north west of Arras. The entire squadron was operating from Savy (near Arras) on October 22, 1917, having arrived there on September 9, after crossing the channel from the UK.

More From: Weapons and Technology